Former Armed Forces chiefs: Britain must stay in the EU to protect itself from Daesh and Russia 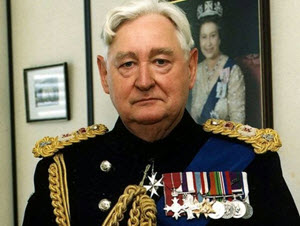 In a letter to The Daily Telegraph, 13 former Armed Forces chiefs argue that Britain must stay in the EU to protect itself from grave security threats from Isil and Russia. They therefore urge voters to vote remain in the June 23 referendum.

“We have served around the world and in almost every conflict in which Britain has been engaged since the Second World War. We are proud to have served our country, and to have played our part in keeping Britain safe. In the forthcoming referendum, therefore, we are particularly concerned with one central question: will Britain be safer inside the EU or outside it? When we look at the world today, there seems to us only one answer,” they write in their open letter.

The letter can be interpreted as a sign of support for David Cameron, who has put a strong emphasis on national security in his remain-campaign, arguing that a Britain that remains in the EU is safer from terrorists and rogue nuclear states than a Britain that stands outside the union.